Creative destruction (by wikipedia) (German: schöpferische Zerstörung), sometimes known as Schumpeter’s gale, is a concept in economics which since the 1950s has become most readily identified with the Austrian-American economist Joseph Schumpeter who derived it from the work of Karl Marx and popularized it as a theory of economic innovation and the business cycle.
According to Schumpeter, the “gale of creative destruction” describes the “process of industrial mutation that incessantly revolutionizes the economic structure from within, incessantly destroying the old one, incessantly creating a new one”.[2] In Marxian economic theory the concept refers more broadly to the linked processes of the accumulation and annihilation of wealth under capitalism.[3][4][5]
The German Marxist sociologist Werner Sombart has been credited[1] with the first use of these terms in his work Krieg und Kapitalismus (War and Capitalism, 1913).[6] In the earlier work of Marx, however, the idea of creative destruction or annihilation (German: Vernichtung) implies not only that capitalism destroys and reconfigures previous economic orders, but also that it must ceaselessly devalue existing wealth (whether through war, dereliction, or regular and periodic economic crises) in order to clear the ground for the creation of new wealth.[3][4][5]
In Capitalism, Socialism and Democracy (1942), Joseph Schumpeter developed the concept out of a careful reading of Marx’s thought (to which the whole of Part I of the book is devoted), arguing (in Part II) that the creative-destructive forces unleashed by capitalism would eventually lead to its demise as a system (see below).[7] Despite this, the term subsequently gained popularity within neoliberal or free-market economics as a description of processes such as downsizing in order to increase the efficiency and dynamism of a company. The Marxian usage has, however, been retained and further developed in the work of social scientists such as David Harvey,[8] Marshall Berman,[9] Manuel Castells[10] and Daniele Archibugi.

Now there is always an order:

It can be compared to the slogan “Make love, not war“, which make creation first, and destruction second.

So, if we take some ratio:

For a “human” fertilization, which is not always possible in time (4 days over a period of 28 days), there are 20 million to 200 million per ejaculate in humans, and it is the egg that chooses spermtozoide to let it in. The is a 25% chance of success. Its criterion for choosing the right candidate can be the most different and most beautiful possible. The ratio is 1 to 200 million, 25% chance and 4 days over a period of 28 days. And it all differs from species to species, but it is to emphasize the fact, that creation is precious, sometimes rare. Public policies put incentives for natality, with the normal himan “love” surrounding this creation. And look also at the money spent for early birth, education, kids squares, …

Destruction is easier. looking at it.

So as a conclusion, lets be more creative than concervative! Like for French people in the 68 revolution! (not 69, which comes next) This is the sens of the project to create jobs, and reduce unemployment.
Contact me and be among the first into invest to this revolution! 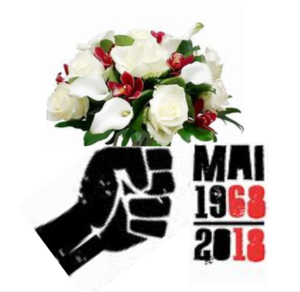 Are you fit for being an Investor or a donator?
Investors Direct Link